It’s birthday time for the #Hashtag 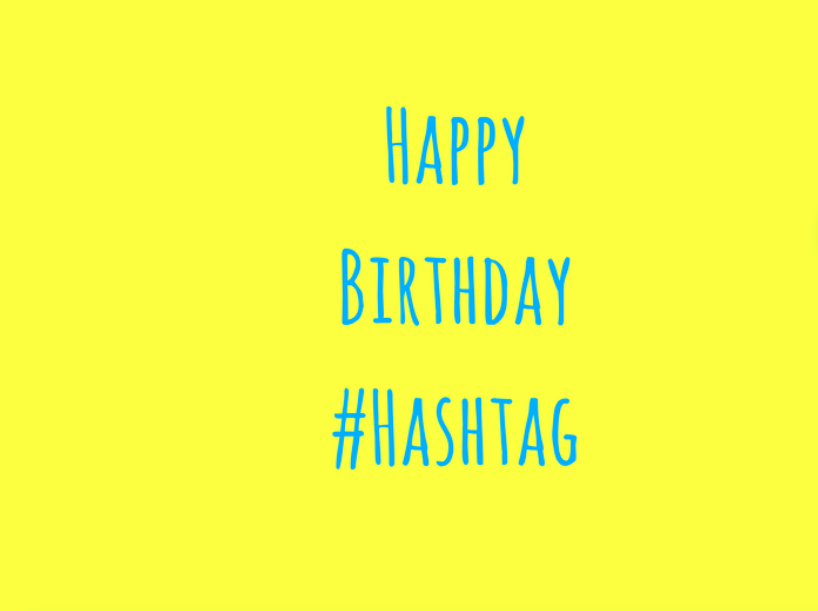 The 23rd August marks the ‘Hashtags’ official 10th birthday according to Twitter!

Prior to this, the # had limited use on all of our keyboards and the growth of Twitter has made it possibly one of the most often used keys on most keyboards as well as being used in conversation. #popular

Around the world, an average of 125 million hashtags are shared every day on Twitter, helping people on Twitter to see what’s happening in the world and explore what is being talked about right now.

Here are a few #Hashtag facts:

#1 There are on average of 125 million hashtags Tweeted per day.

#2 On this day ten years ago, Chris Messina @chrismessina Tweeted #barcamp, the first time a hashtag was used on Twitter.

#3 The most Tweeted global sporting event hashtag is the #Euro2016.

#4 The most Tweeted about movie hashtag of all time is #StarWars.

#5 #FollowFriday – The first #Followfriday was on Jan 16, 2009, and there have been over half a billion #FF (or #followfriday) uses since then.

Join the celebration today by Tweeting with #Hashtag10. This hashtag will activate a 24-hour custom emoji to celebrate the 10th birthday of the hashtag.

Here’s to the next ten years!

If you want to find out more about social media for your business, email me at Sue@catchdesigns.co.uk